The following is a paraphrased excerpt from the Sioux City Journal's article "Church Celebrates 100 Years" by Marge Harmelink with additional detail from the written history. This article from 2003 gives a brief summary of our church's rich history. 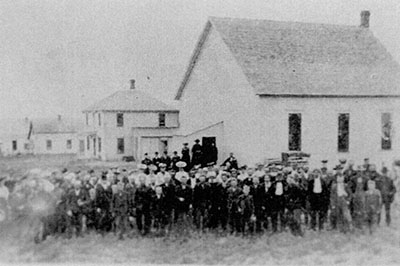 Lebanon never had a post office, city hall or police force. The community grew around the church which was organized in 1903. In the early years, a grocery store, blacksmith shop and hardware store provided services to farmers in the area. The church was organized by a group of settlers who had immigrated from The Netherlands. The organizational meeting was held in the country schoolhouse where the first weekly worship services were held. Fifteen families became charter members. Most belonged to churches in Rock Valley or Sioux Center and were looking for a more centralized location.

Plans for a church building were soon made and a 32-by-32 foot sanctuary was built on an acre of land donated by Remko Kooi, and dedicated in 1904. A parsonage and horse barns to accommodate 30 horses followed. As church membership increased, the building was enlarged. 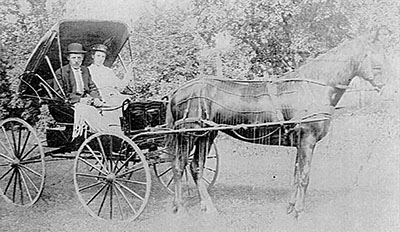 The first pastor, Rev. H. Haarsma, arrived in 1907; his salary was $650, a rent-free home, enough hay for one horse, and free telephone service. A Christian school was established in 1912, with classes held in the church. The church experienced steady growth, primarily due to the flow of immigrants from the Netherlands. By 1919, the Lebanon "Young Men's Society" was the largest such organization in the entire denomination.

Disaster struck on a January Sunday in 1921 when the church building was struck by lightning and burned to the ground. The only thing salvaged was the pulpit Bible. The congregation decided to remodel the horse barn, and worshipped there until their new building was completed late that same year.

As the next one hundred years begins, may all raise their voices and proclaim, "Praise God from whom all Blessings flow."

Progress swept into the church during the late 1920's, and modern day improvements were made, including adding adequate lighting. Then, the depression years weighed on the families of Lebanon and the size of the congregation decreased, as many families moved west to California. The process and problems of Americanization also arrose during this time. The first services were held in the Dutch language until 1926, when one English service per month was added. In 1934 it was decided to have half English and half Duch services each month. Only in 1949 was the Dutch language dropped entirely. 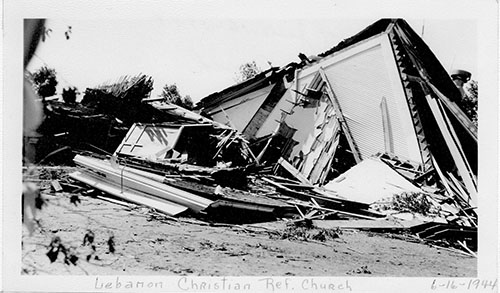 A devastating tornado struck on June 16, 1944, destroying the church building, and destroying or badly damaging Lebanon's businesses and many farm homes and buildings. One reporter said, "Lebanon was virtually blown off the map." The congregation decided to meet in the basement of the church building as it had remained intact despite the tornado. Cleanup was completed in one week. Because of the shortage of building materials during World War II, reconstruction was not completed until two years later. A new parsonage was also built, as the first one had received significant damage by the tornado. Soon new homes, a grocery store and implement shop were built in Lebanon. A two-story narthex was added in 1979, completely enclosing all the steps to the church.

"God's faithfulness has carried this church," says [Lebanon's previous] Rev. Charlie Louvau. "Here in Lebanon we make an effort to know and become involved in each other's lives." God has continued to bless the church in Lebanon. God's hand has guided all those who have attended and worshipped here during the past one hundred years. As the next one hundred years begins, may all raise their voices and proclaim, "Praise God from whom all Blessings flow."